I wrote here about the philosopher Epicurus and how his ideas on living situations could be useful to asexuals. I want to talk about philosophy again. Even though it has almost no overlap with pop culture, the supposed theme of this blog, it's something I've been very interested in for a long time.

When epicureanism was at its height, its major "rival school" was stoicism. Oddly, I find as much to like in stoicism as I do in epicureanism-- if I had been a Roman, I'm sure my compatriots would have been annoyed by this, but it's the modern era, so we can choose what we like. Letters from a Stoic, by Seneca (mentioned briefly in that last post as well) happens to be my all-time favorite book, probably because it changed my life more than any other. While I would have liked to have a conversation with Epicurus, Seneca is another story. Pompous, pretentious, and patronizing, he was probably difficult to talk to. He taught that poverty was edifying, but was a multi-millionare, and has been called "history's most notable example of a man who failed to live up to his principles." But I like Seneca more for this. He's human, and that really comes through in Letters from a Stoic. One place I disagree with him is in his zest for suicide. ("Wouldn't you be proud of your son if he was enslaved and then dashed his head against a wall?" No, I would be very sad.) However, he met his end with (supposed) equanimity when Nero ordered him to kill himself, and he did (pictured below). 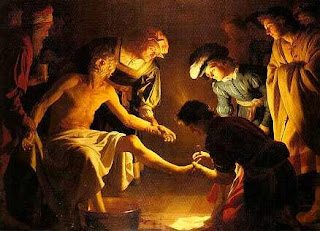 But it wasn't Seneca's personality that drew me in, it was (most of) his ideas. As you know, I have trouble dealing with the ignorant masses, and Seneca helps me with this. He tells Lucilius, the guy he writes his letters to: "The many may speak highly of you, but have you really any grounds for satisfaction with yourself if you are the kind of person the many understand? Your merits should not be outward facing." And many more times, Seneca tells Lucilius (and us) to ignore the doings of "the crowd" at all costs. He castigates group-think, whether it relates to getting wasted or watching gladiators. I found those points especially relevant to my life as an asexual.

Also relevant is Seneca's insistence that philosophy is the best possible use of your time. Whether you agree with that or not (and I don't know if I do), it provided an alternate narrative for me. People will tell asexuals that sex is God's gift to us, and that the height of life is romantic love, marriage, and children. Seneca would probably smack these people upside the head and tell them God's gift is reason. To the stoics, the goal of life was virtus, a sort of multi-pronged virtue that involved wisdom, courage, self-control, and justice. And you didn't need money to achieve that (although Seneca had tons), you didn't need a high position, you didn't need to be attractive or well-liked, you didn't need your health, and you didn't need sex, love or romance. All you needed was an observant and independent mind.

I think part of my attraction to this alternate "story" comes from being a woman trying to posses the best of both "feminine" and "masculine" attributes. Even though this is the enlightened year 2008, I still think that while men are primarily defined by their accomplishments, women are defined by their relationships. Of course, I have to tie back into pop culture somehow-- whenever I watch an action movie where a male lead is having adventures, I always feel like he can take or leave sex-- if it wasn't for women throwing themselves at him, he would probably just go on exploring. But women in films are usually portrayed as "needing a man". You don't "need a man" to do philosophy. And since I can't exactly go around the world fighting crime, philosophy will have to suffice.
Posted by Ily at 6:07 PM

Yeah, it probably involves being a professor, or having some other day job.

"And many more times, Seneca tells Lucilius (and us) to ignore the doings of "the crowd" at all costs. He castigates group-think, whether it relates to getting wasted or watching gladiators."

tv is, after all, the modern day roman coliseum
human devastation as mass entertainment
and now millions sit jeering
collectively cheering
the bloodthirsty hierarchy of the patriarchal arrangement

Personally I find television fairly repugnant. No, wait, it's pretty much all of culture. Get sick of the TV shows and their commercials for Viagra and Nerf™ Mortar, and you can turn on the radio and hear ads for beer making a joke of date rape. Or switch to NPR and get the scoop on the barber with his collection of Presidential locks. Good grief! Well, some kind of grief, anyhow. But no offense to anyone who fancies that stuff.

"Yeah, it probably involves being a professor, or having some other day job."