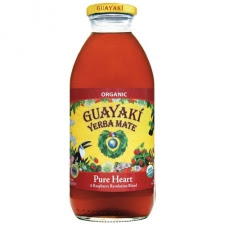 Anyway, tea made it onto my self-care list for a reason. There's just something about it that puts me into relaxation mode. As a child/teen, I used to only drink it when I was sick, but then I spent a few months working in a London office where I was constantly being handed tea. I started to enjoy it and kept drinking it when I got home--although not in such large quantities, or with "three sugars" (which was apparently a large number, but what did I know?).
Posted by Ily at 2:54 PM

I'm definitely asexual, and I do not like tea very much, I am not an Anglophile, I am not a dandy, I hate Doctor Who, I love to drink, I hate tweed, I care nothing for Alan Rickman, and so forth.

For some reason I felt put off by this post. Not sure why.

Shoot. Sorry about my earlier comment....I get so sensitive! Sad. But your post is fine and I took it much too personally.

(Things This Asexual Likes: Being Too Sensitive)

No worries, Jessica. I get how this post could seem weird. Are you familiar with the blog/books "Stuff White People Like"? There were also a bunch of spinoffs, ie Stuff Asians Like, Stuff Lesbians Like...Things Asexuals Like was supposed to be another one, but I admit that the long spacing between the posts loses some of the effect. I'm white, but think a lot of the "stuff white people like" are absurd. Likewise, I'm definitely not trying to say that all these "things asexuals like" do, or should, apply to every one of us. I'm hoping people will find them kind of funny, but I don't always hit my mark. ;)

Also, some of these posts are meant to be taken more seriously than others. For example, the Asexual Awareness Week census did show that a significant percentage of asexuals are atheists. But, others are just based on my own observation (such as this one). Part of my goal with this series was/is to pinpoint potential elements of asexual culture (which...doesn't really exist yet) and propose some potential stereotypes that are more interesting than "asexuals are repressed/ugly/damaged/etc".

In some strange way, I'm kind of looking forward to the day when we have stereotypes unrelated to our sexuality, such as "gay men dress well" (even if that isn't true of all gay men). It would mean that we're at least part of the cultural landscape in some way.

Thanks for giving me the opportunity to explain these posts a bit more! I hope this made sense.

I also love tea! I like a lot of rooibos teas, since I don't like my tea too strong. I don't really like black teas, except chai. I do drink mint tea on a regular basis. Although, I think I'd have to go with Moroccan green tea for my favorite.

I visited the Celestial Seasoning plant in Boulder, CO not too long ago and it was awesome! Love the peppermint room!

I didn't drink much tea until I moved to a place which has the highest per-capita tea-consumption in the world (Taiwan), where drinking tea is almost a requirement for functioning socially. At first I only drank tea for social reasons ... then I started to like it, and now I drink tea almost every day, usually for pleasure, not social reasons.

I would like to know what exactly is contained in this peppermint room...

Aaand, the idea of social tea drinking (versus social beer drinking in the US) amuses me.

There is also some social beer drinking around here, but not nearly to the same extent as social tea drinking - and if you don't want a beer, you can usually always ask for tea instead ;)

That said, I still only drink black tea for social reasons. I think black tea is okay, but if I'm paying for it, I would rather have green or oolong tea.

Tea also makes a convenient gift. When I feel a need to give someone something, but I am not sure what to get, tea is usually a safe choice.

The Celestial Seasoning's peppermint room just has bags stacked to the ceiling with peppermint and spearmint leaves (maybe catnip too). It is a whole body experience to go in there. It opens your sinuses, smells good (I think), makes your whole body feel cool, and towers over you.

And, of course, the tasting room was awesome - try as many teas as you like for free!

WHOA. I'm not a cat but I like the smell of catnip! I went to the hops & malt rooms in a brewery once, and that was cool, but the peppermint room sounds like awesome aromatherapy!

I wonder if I'm asexual.

See, I'm 14, and this may sound contradictory, but I think about sex all the time. But I'm Christian, and I actually WANT to wait until I'm married. I haven't had my first kiss yet, have held hands and felt awkward, and don't find boys sexy until I get to know them, and that takes, what? A year?

I saw the Hangover 2 and saw my first penis, and I didn't stare, and I felt like I was supposed to.

@Anon: Well, I can't tell you if you're asexual or not, since you know yourself much better than I do. But, I'd be happy to give you some thoughts--

To me, there doesn't seem to be anything weird or contradictory in thinking about sex all the time at 14. Even if you don't want to have sex right now, it's normal to be curious about it.

Not everyone wants to stare at penises, even people who might be otherwise attracted to men.

There seems to be this idea that to be sexual, you have to be totally obsessed with sex, but it really isn't true. There are ALL levels of attraction, from none to a lot, and there are thousands of points in between.

Even if your friends are more interested in sex than you are, the average age for people to have sex for the first time is 16 for boys and 17 for girls. Of course, this isn't to say that if you have sex at a different age (or never), that there's something wrong with you. It just means that people talk a lot about sex that they're not having, to try and fit in. This can make it really hard for people to know what's "normal" for their age.

I don't think anyone is too young to say that they're asexual, but there is no real rush to decide, and whatever you do decide, it isn't written in stone. Good luck, and I hope this was somewhat helpful! Feel free to ask more questions if you have them.

I just went through your list of Things Asexuals Like, and pretty much all of it is true for me. I love Doctor Who, Sherlock, the UK, tweed, tea, androgyny, etc.; and even though I'm not atheist I have zero problems with other people being atheist.

So I guess I'm a stereotypical Asexual?

@Sara: Perhaps, but I don't think anyone here will judge! ;)
I do like most, but not all of the things myself.

Ily, thank you for your incredibly awesome reply to my replies!

D'oh! The "Things Asexuals Like" posts now all of a sudden make sense. I never thought to put them in as a response of sorts to "Things White People Like," etc. Thank you again for your reply!

Mmmm, tea if so good. I love Chai tea (I like to make my own mix and actually boil it on the stove with lots of honey and milk) and Rooibos (which someone got me addicted to while I was hiking in Spain) and fruity tea as ice tea in summer and green tea in my japanese tea pot and OH THE TEAS.

(Also, I like a lot of things on your list. Like Doctor Who - but your blurb thing is wrong, it's not a phone booth, it's a police box - and tweed, and not drinking, and cats. Maybe we are all just spinsters in disguise? Haha.)

Hey Jo! Welcome to the blogosphere.

I thought someone might have pointed that out to you... :D

Thanks for the welcome! The rooibos has lovely memories attached of snowy days hiking and having a cold and a friend I met bringing me tea while I was curled up in bed. Tea with memories is always the nicest kind.

I just ran through your "Things Asexuals Like" posts. I never knew I was so... typical. LOL, that's a first for me. I'm a Doctor Who loving tea drinking anglophile who almost never drinks alcohol, and I'm seen as androgynous by many people, and though I don't identify that way myself, I do love the androgynous asthetic. Also, purple is my favorite colour. Which is hilarious for many reasons I will not list here.

I love pretty much every kind of tea except green tea, which I find tastes too much like medicine. But particular favorites are absolutely any kind of white tea, and this really delicious caramel, almond, and chocolate black tea I recently found. Truthfully, I own enough fancy teas and coffees I could almost run a coffee shop from my kitchen.

@Ally: I know, I always feel kind of silly buying tea at a cafe, because "I could make this" at home.